Differences between machine learning and AI

According to statistics, the use of artificial intelligence has grown by almost 270% over the past 5 years. And by the end of last year, the AI ​​market amounted to a record $157 billion – and this despite the beginning crisis and pandemic. These numbers mean that more and more companies are implementing artificial intelligence or machine learning into their programs, applications and utilities. This is required to improve user convenience and simplify many procedures.

There is a lot of confusion between the two terms, as most people are sure they mean roughly the same thing. However, the difference still exists. Let’s try to understand the differences between technologies and tell you in which cases it is better to use them.

It is often called the term ML. This is a separate area of ​​work with artificial intelligence, which involves the use of automatically improved computer algorithms. Machine learning is based on working with large groups of data. The computer examines the files, compares them to find common patterns, and thereby expands the knowledge base.

The program can compare pictures, images, texts and other types of materials. During ML, the algorithm will compare the contents of the files against the established templates and against each other.

It is also worth mentioning deep learning, which is a set of used Machine learning methods. It is based on teaching representations, not algorithms for specific tasks.

Machine learning uses various algorithms, we will briefly talk about the most popular ones:

The tasks of machine learning are in the classification, regression and clustering of data. ML is also used to find anomalies in data using principal component analysis.

In general, Machine learning is a rather interesting technology, especially if you delve into complex techniques and subspecies. The use of machine algorithms can greatly simplify the work of a company with databases. Very often this mechanism is used for marketing purposes. For example, many marketplaces use ML to show customers products they may be interested in.

Now let’s talk more about what AI is. It is a technology for developing various computer applications. Used to create programs or perform tasks that require the use of the human mind. It can be about speech or image recognition, text analysis or decision making.

The peculiarity of artificial intelligence is that it can analyze data, compare similar queries, etc. In addition, AI is able to learn, that is, over time, “understand” data better and faster. This is clearly seen in the example of chatbots. When using a chatbot without AI, the programmer writes down all the replicas and triggers that the program will respond to. Therefore, such a chatbot will understand only unambiguous remarks, and atypical phrases will put it into a stupor.

If the chatbot has AI, then it can easily understand the general context of the phrase by comparing it with similar queries and analyzing the vocabulary. He will be able to pick up an answer to a phrase with errors, etc. The advantage of such a chatbot is that over time it will be able to understand the user better and more accurately respond to requests.

There are many tasks that only AI can handle. For example, voice and face recognition, image sorting, etc. If we talk about what tasks artificial intelligence solves, then it learns and operates with knowledge in order to replace human experts. The main task is to teach AI to think like a living person and, by analogy, find ways to solve problems.

One of the first widely known artificial intelligences, Deep Blue, was created in the early 1990s to play chess. It is curious that 5 years after its creation, he managed to beat G. Kasparov himself. Later, AI was used for other games. In addition, AI has found application in the field of automating production processes, forecasting the demand for new products and blocking fraudulent bank transfers. These are concrete examples of problems that people have previously solved.

Today, AI is used in Siri, Alexa, Netflix, Amazon, YouTube, etc. Artificial intelligence does a great job with various routine tasks and makes fewer mistakes than a human. However, in non-standard situations, he does not react so well, therefore he is not able to fully replace a person.

How AI differs from machine learning

Artificial intelligence and machine learning technologies are confused by many users. Moreover, companies themselves for marketing purposes often talk about the use of AI, although they use ML, or even declare that they use both solutions.

To understand the difference, consider the following diagram:

That is, today machine learning is the only possible option for creating AI, since any modern technology is the result of computer training.

But the difference is that AI is not only Machine learning, but also various computing powers, programs, data, etc. That is, the technology includes many components.

Let’s take a look at the technology difference with a simple example. Let’s say you want to classify images into two categories (cats and dogs). When using machine learning, you not only need to represent these pictures, but also structured data. That is, label images of dogs and cats so that the algorithm can determine the characteristics of each animal species. Such information will be enough for its training, then the algorithm will continue to work based on the initial information.

Artificial intelligence will use a different approach to solve the problem. He does not need to label the images, as he will independently determine the specific features of each image. After processing the data, AI will find the corresponding identifiers in the images and be able to classify them.

Artificial intelligence systems and machine learning are now being used in large areas of our lives. Many companies incorporate one of the technologies into their programs and applications in one way or another to simplify the user experience and increase profits.

AI refers to devices that mimic human intelligence in one form or another. There are many methods of artificial intelligence, and machine learning can be called one of them. Also, do not forget about deep learning, which is a subset of ML and uses multilayer neural networks for complex tasks.

Today, technology is applied to problems that cannot be solved with classical programming. Therefore, many areas such as face recognition, image classification, natural language processing, which have remained stagnant for a long time, have received a huge leap in development. This has led to a new popularity of artificial intelligence in recent years, and with it machine learning has become in demand.

We hope that you understand the differences in technologies. And if you still have questions, then the specialists of our company Xelent will definitely answer them! 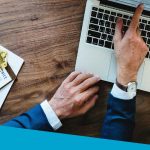 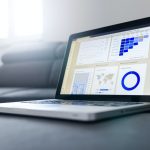