Graphene Based Computer Modeled After The Brain To Handle Big Data

The world we live in today is engulfed with data due to the proliferation and usage of various digital technologies that have become essential to our everyday life. As such, it is no surprise that data plays a pivotal role in our society and is used in virtually in all fields, from helping make simple decisions to pushing forward innovation. The complexity of data usage of today can be seen in the development of the much awaited self-driving car. It is estimated that in a day the self-driving car may generate up to 15 terabytes of data (for US), as there need to be a multitude of data points ensure it makes accurate decisions. Naturally, with the abundance of data, we have also seen more cutting edge advances in computing and data storage as the computers of today may not be up viable to efficiently handle the large amount of data that keep being generated. Just in the beginning of 2020 the amount of data generated was estimated to be 44 zettabytes worldwide. A zettabyte is a unit of measure that has twenty one zeros. Thus, scientists are looking to create new forms of computing that would be better equipped at storing and processing data.

One recent breakthrough in innovation is a computer that mimics the brain, which is being developed and patented by researchers at Penn State University. Looking at the architecture of the brain, scientist were inspired “the brain is so compact it can fit on top of your shoulders, whereas a modern supercomputer takes up a space the size of two or three tennis courts” explained Thomas Shranghamer, who is the first author on the paper.

In their research, which was published in Nature Communications, scientists developed a model for a computer that mimics the efficiency of our brain. Modern computers are digital, meaning they have the capacity to operate in two states, one or zero. This means that where the data is stored is separated from where the data is processed. In turn, there is constant shuffling of data back and forth from memory space to computing space, a process that takes up a lot of energy and is inefficient, especially when the data volume is large. Imagine if you had a memory, but in order to use this memory you would need to withdraw it from a drawer, then put into a different drawer, and only then work with it, after which point you would put it back in its original drawer.

This process seems slow to us and efficient, because brain is much more complex, being made up of multiple neural networks and synapses that allow for efficient storage, simultaneous communication and elegant architecture. Thus, if we could create a computer that leverages the design of the brain, it would allow us to handle large volumes of data more efficiently. This type of computing is known as neuromorphic or brain-inspired computing. It has been studied for more than 40 years. However, they key in the method developed by scientists at Penn State was a material known as graphene, which was not discovered until 2004. Its discovery was so significant that Nobel Prize in Physics was awarded in 2010 to the researchers who discovered.

Graphene is a unique material in that it was previously thought to be too unstable to exist. Essentially, graphene is a 2D sheet made of carbon atoms that has incredible properties of tensile strength and conductivity making it the thinnest yet the strongest martial. It conducts heat better than any other material and is also an excellent semi-conductor, making it a great material for computers.

By using graphene in building a computer, one can mimic the elasticity of the brains behavior. In much the same way that synapses of the brain can be reconfigured, rewiring connections in the brain, the same way the application of an electric field to graphene can generate 16 memories states, instead of the two digital states of current computers. This means that the computer has a more complex network of connections thereby, mimicking our brain, and creating an architecture that can be better equipped at handling large volumes of data. Thus, this innovation, which is being patented, opens the door for more efficient ways to work with data. It is once again through this research we see the creation of new devices in this world that derives from the processes and complexity of nature. It is through combining creativity as well as structure dedicated in the rules of universe that we can bring forth new advances. 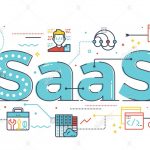 SaaS Products: How To Get Your First Users 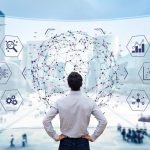