According to a Nielsen report, brick-and-mortar alcohol dollar sales were up 21% in April 2020 compared to the same period a year ago. Online alcohol sales skyrocketed by 234% over the same period in 2019. However, despite the increase, global sales are decreasing due to the shutdowns in restaurants, bars, live events and travel.

Next Century Spirits is a liquor technology startup with $9.6 M in funding. The company uses big data and machine learning to create and filter bespoke distilled spirits. Matthew Bronfman, who is part of the Bronfman family that owns the Seagram’s company, is an investor in Next Century Spirits and chairs its board.

Next Century Spirits augments traditional distilling techniques with a filtering and finishing technology that can add specific qualities to spirits in less than a day.

“We use automation and predictive analytics to reduce the chaos, control flavor profiles, and scale precision quality control in the finishing process,” said Nick Scarff, Master Blender and vice president of business development at Next Century Spirits. “The systems we use are fully programmable, designed to optimize certain temperatures, alcohol concentrations, and other conditions that form and maintain desired flavors.”

Scarff says the company uses sensors, gas chromatography, and materials such as copper to reduce risk and predict outcomes based upon chemical profiles they detect. And the technology reduces the filtration process into hours versus days.

“We can remove impurities or compounds like isopropanol, methanol, butyric acid, and certain sulfur-based chemicals using highly specialized, patented filtering, targeting even microscopic amounts,” added Scarff. “Even just a few parts per million of naturally occurring chemicals will completely change the aroma and flavor of the distillate.”

Scarff notes that the ultimate result is to accentuate the pleasant flavors, like fruity, aromatic esters, or rich aldehydes, which are traditionally derived from barrel aging.

“Instead, all of this process takes place in a closed system to maintain control and minimize product loss. This is especially important when considering how much spirit is otherwise lost in the angel’s share if it were to continue additional years in a cask,” said Scarff.

“I have been in the spirits industry for more than a decade. I have never seen a filtration system on the market doing this type of data gathering and analysis of quality and customization,” said Scarff. “We are not trying to replace barrel aging. We are augmenting it and accentuating the nuanced changes that happen in the barrel.”

Scarff says that instead of hoping what comes out of the barrel will be acceptable, the technology helps distillers to customize and hit the flavor profiles that the brand wants to match. The ultimate result, he says, is an increase in options and flavors to match consumer taste and demand.

The flavor is the new thing

In 2019, Nielsen reported that the latest trends in alcohol, in addition to low and no alcohol is new flavor profiles that appeal to a broader consumer base.

“New consumer generations have been shown to have less brand loyalty and want constant flavor innovations and iterations from spirits/beverage companies,” said Scarff. “Our processes help brands meet this demand; it is well suited for traditional spirits and clean, cost-effective distillates used in ready-to-drink cocktails.”

Scarff says the bottom line is that launching a spirits brand is not an easy process.

“It’s time and capital intensive. It can take years of training to learn how to blend and batch spirits that are high enough quality to compete in the market,” said Scarff. “While we still enjoy working with aged distillates that spend years in a barrel, we can also develop custom, competitive, and premium products for brands that are new to the market. This process supports brand owners who can’t afford to spend exorbitant sums on premium barrels or feedstocks can get their products to market, and supports established brands looking for cost-cutting measures.”

“These are companies that are dedicated to innovating in one of the most storied and traditional industries – ranging from distilling to packaging. These companies innovate in the design, production, and sale of liquor while honoring the centuries of art and craft of the industry,” said Bolin.

Bolin cites delivery technology, such as Drizly which saw an estimated 300% spike in sales in March 2020; self-serve dispensing smart sensor technology which makes it easier to fill beverage packs of different sizes; blockchain technology that helps with digital traceability of wine ingredients; and smart labels to prevent alcohol counterfeiting.

Bolin believes the company’s technology is part of the new trend of experiential consumption today in this market.

“In 2018, George Clooney sold his tequila brand for $1 B in just one year,” said Bolin. “This is demonstrative of how valuable private label brands can be, with sales driven by a rise in demand for craft spirits and products that reflect consumer lifestyles, art, and music choices.”

“In short, consumers want more than just a drink, they want an experience,” added Bolin.

Case in point, Creekwater branded whiskey. Creekwater designed and launched in a partnership with Next Century Spirits recording artist Yelawolf, as part of his Slumerican brand. Scarff says the entire process – from conception to the product on the shelf, was 60 days.

“We did approximately 10,000 cases during the first year. In June 2020, the brand launched a new flavor, cinnamon. The first run was snapped up from Next Century Spirits immediately by wholesale partners,” added Scarff.

Scarff says the company is employing big data, collected throughout the finishing process, to control the chaos and produce better outcomes for those in the industry. 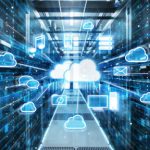 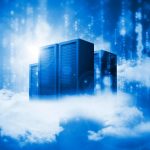 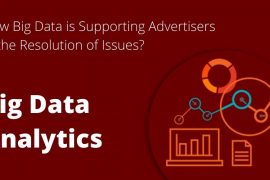 How Big Data is Supporting Advertisers in the Resolution of Issues?